A modern Apprentice in a T6

8 Ball Camper Conversions continues to grow, such is the demand for VW T5 and T6 Campervans. This has led to us taking on our newest member of staff who goes by the name of Pud. No honestly that’s his name, I’m sure it’s even written on his birth certificate.

Pud is our apprentice and he’s been with us since last summer, becoming ever more useful as he learns new skills and shares what he knows too. As with all apprentices he started off by learning the most important skill; how to make a good cup of tea. After all, life is a lot easier after a good brew. He has mastered Yorkshire tea and Earl Grey with or without milk; after all we’re a cosmopolitan bunch at 8 Ball Camper Conversions.

Pud has now progressed to more complex things and he’s mastered the art of constructing gas lockers, building up drawers, routering, edging and doing the fiddly bits. Neil (who’s very tall) is particularly impressed because Pud is somewhat diminutive and this means he can fit into small places when Neil drops his screwdriver behind a cupboard for example. Being small he also doesn’t take up much room when we all meet in the tiny office.

Modern apprenticeships are so much more than they used to be and Pud is studying hard whilst working with us. He goes to college each week where he’s working towards his NVQ Level 3 in Multiskilled Engineering with fabrication and welding. He’s so far gained certificates in Health and Safety, Business and he even has his 10 metre breast stroke badge So he’s a multi-skilled chap.

There are down sides for the rest of us. His taste in music can be a little suspect and he insists on singing along to the radio in a key that bears no resemblance to the original tune. He’s also never heard of most of the people the rest of us talk about (as most of them died before he was born).

On the positive side, he understands Facetwittergram or whatever it’s called and he seems to have a magical ability to post things without the need for a stamp. Although why he keeps tweeting when he doesn’t have feathers, defeats me.

It’s great to have him with us and apart from the fact that he makes us all feel old (OK Colin has the mind of a 12 year old but that doesn’t count), he’s a great help to the team. Helping us to build you the perfect Campervan.

He does take things a bit literally however and he seems to have misunderstood my request for a mugshot. Bless…. 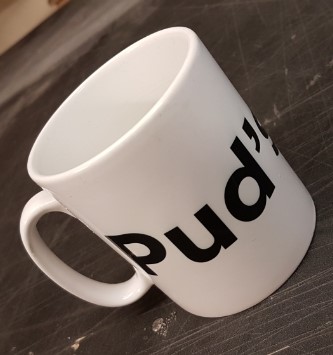