VW T5 on a photo shoot, in November?

We were out of pretty pictures of VW T5 and T6 campervans and we urgently needed some specific photos related to Transporters. The main problem; it’s November.

For a while we toyed with the idea of Astroturf in the workshop, the heater on full and megawatts of extra lighting to replicate a bright sunny day. But the idea was quickly rejected on the grounds that no matter what we tried, it would look awful. So instead we went old school.

Have you ever tried to take photos which suggest it’s a nice warm summer’s day, when in actual fact its icy cold and almost winter? For a brief while I almost felt sympathy for super models who seem to do nothing but complain how cold they get on photo shoots. My gut reaction though is that they should eat more.

The first issue was waiting for the sun to come out. It took almost a week and we almost missed it. I was in a windowless office, Mike was in the depths of a van in the workshop and Colin was at home doing DIY.

The phone rang; it was Colin. “So are you taking photos then, the sun is out and the sky’s blue?”

Mike looked out of the window “Oh yes so it is”

Like a finely oiled machine we sprang into action and within minutes the van was loaded and we were heading out of the car park. But where to?

The first stop was the village post office, to buy some props, most notably a bottle of wine. After all we wanted to create the image of a relaxing holiday.

“White or red” said Mike.
“In summer people drink white” I replied “which of these 2 bottles looks the most summery?”
“The one with a picture of a vine on the label” suggested the post master.
“Good choice” I replied, noting that bottle he suggested was a pound more expensive than the other.

When the post master realised what we wanted it for, he suggested a great location. Beverley Westwood was a very good choice as it has lots of green pasture, expansive views and interesting landmarks in the distance. It also has areas given over to the playing of golf, which means manicured green grass.

So with the heater on full blast and our hearts full of summer joy, we set off.

Ten minutes later we were set up, but it became clear that the leaves on the ground and piles of cow poo didn’t exactly lend themselves to the image of summer fun we were looking for. What we needed was some nice green grass with no poo and no leaves. “Aha” said Mike, as someone looking remarkably like Rupert The Bear walked past…”over there”.

So for the next hour or so, much to the amusement of the golfers, we set up a camping table on the edge of the fairway and took lots of pictures. To aid the summer feel, I contemplated getting Mike to strip off to his shorts, but thought better of it. He hates having his photo taken at the best of times and to be honest seeing him half naked and covered in goose bumps may be amusing, but hardly helpful in this instance.

So what were we doing all this for? Hopefully we will be able to announce something soon. But in the meantime I’ll leave you with a couple of pretty pictures that have a lot to do with it. 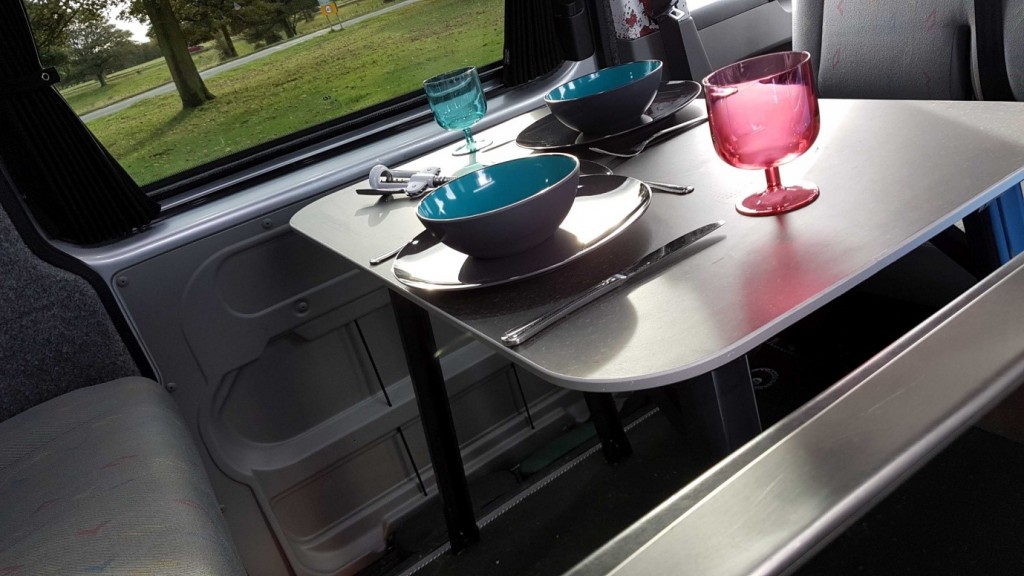