The plan for a 12 week build on our new premises was going well and by February, Colin’s carefully worked out schedule was even running a few days ahead of itself.

If you’ve read the story so far, we were at part 8 of the ‘recipe’ for the build and we had the bare shell of a building: a frame, a roof and the lower parts of the walls.

So the recipe continues…..

One empty building with the framework ready for the concrete floor to be poured. 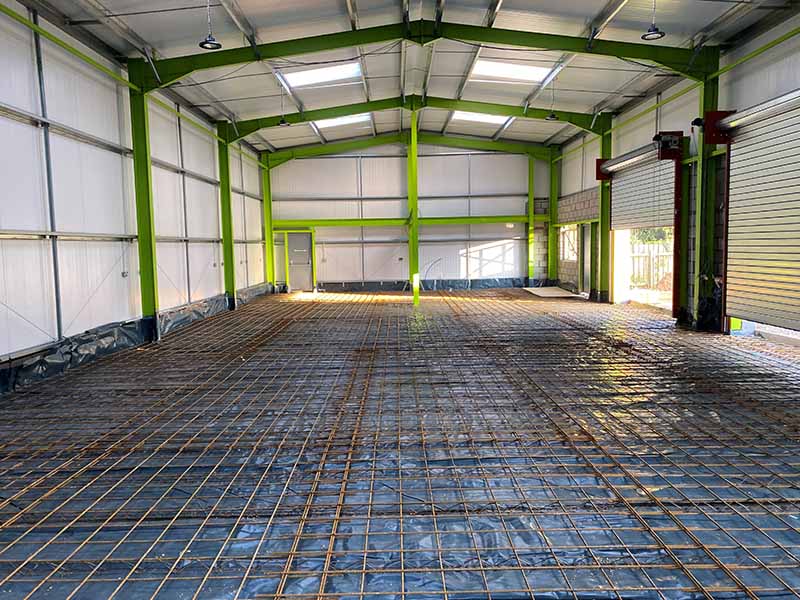 Mike and Neil work out how to put the floor down on the new mezzanine. 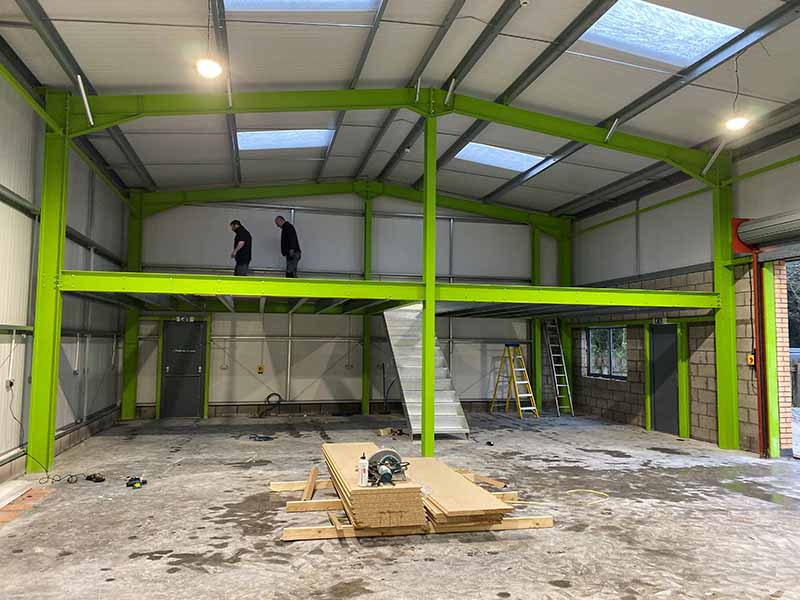 The reception area will be on the right (where the ladders are) and the woodworking area to the left (with a tiny tea room under the stairs!)

With 4 separate work stations we have social distancing and lots of space to move around too. 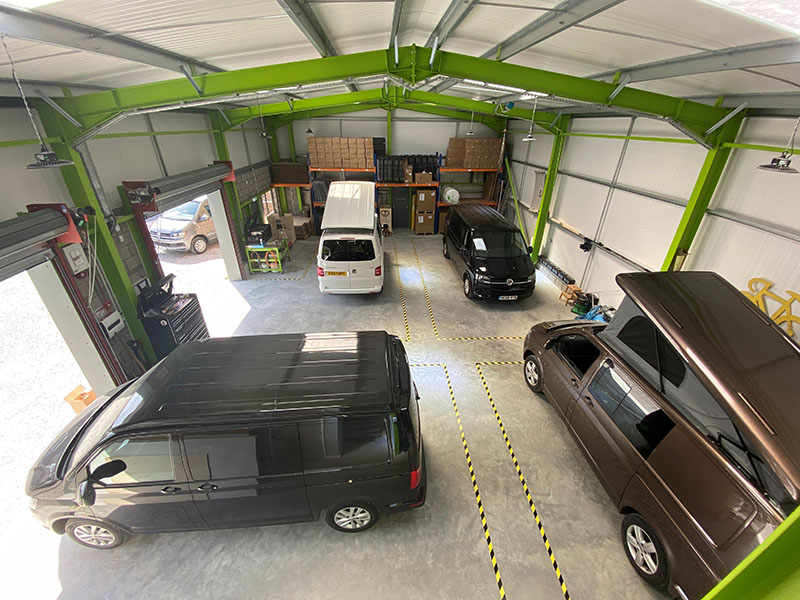 The only thing missing outside is a sign to say who we are….and we are working on that 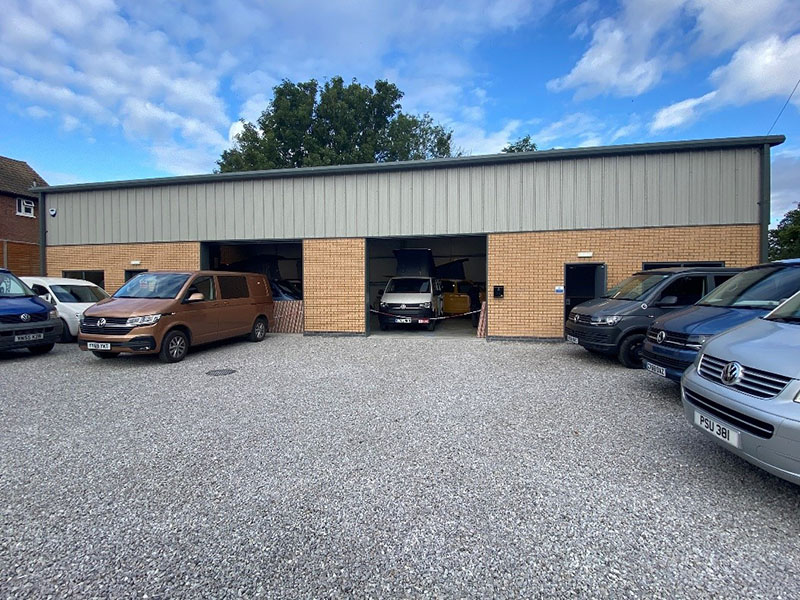